Too much going on! I forgot all about this Steve Treseler – Saxophone tribute to Kenny Wheeler concert with Ingrid Jensen at The Royal Room in Seattle that went down over a month ago. Steve used my photo of Kenny at Jazz Standard for the flyer!! Good thing it’s streaming now on NPR Music – http://www.npr.org/event/music/395159031/ingrid-jensen-and-steve-treseler-play-kenny-wheeler

The brilliant flamenco/jazz Catalan pianist Chano Dominguez returned to Jazz Standard in April 2012 for the release of Flamenco Sketches on Blue Note Records (which was recorded live at Jazz Standard in 2009) with a solid band of Blas Cordoba (vocals), Omer Avital (bass) and Dafnis Prieto (drums). My shots were published in 2 Barcelona newspapers! 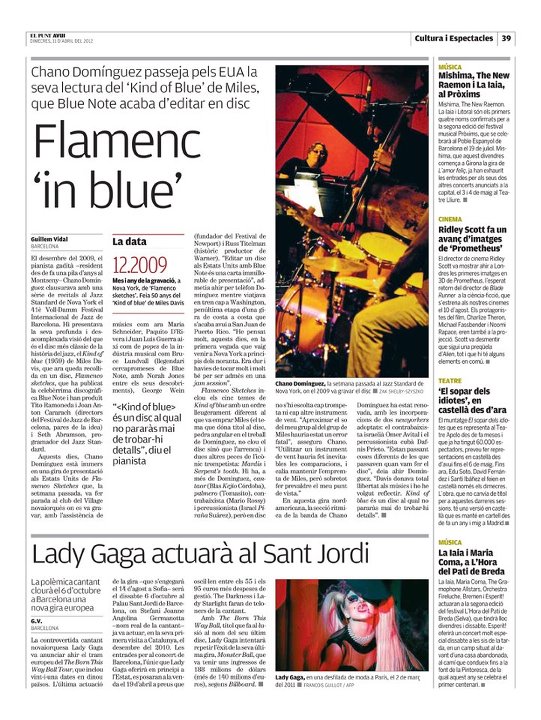 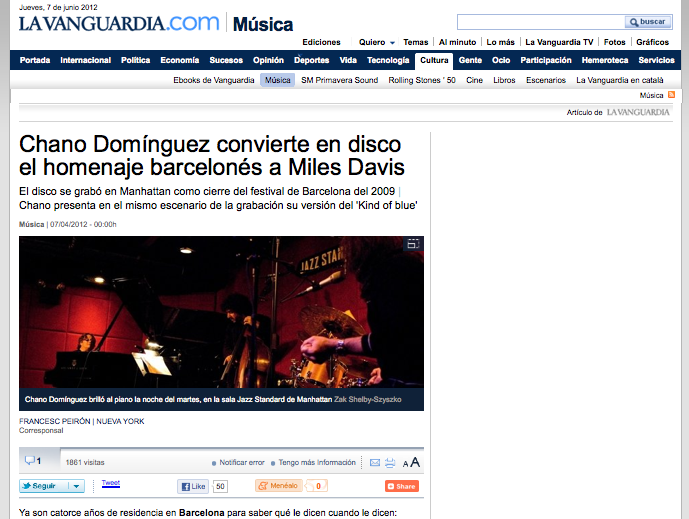 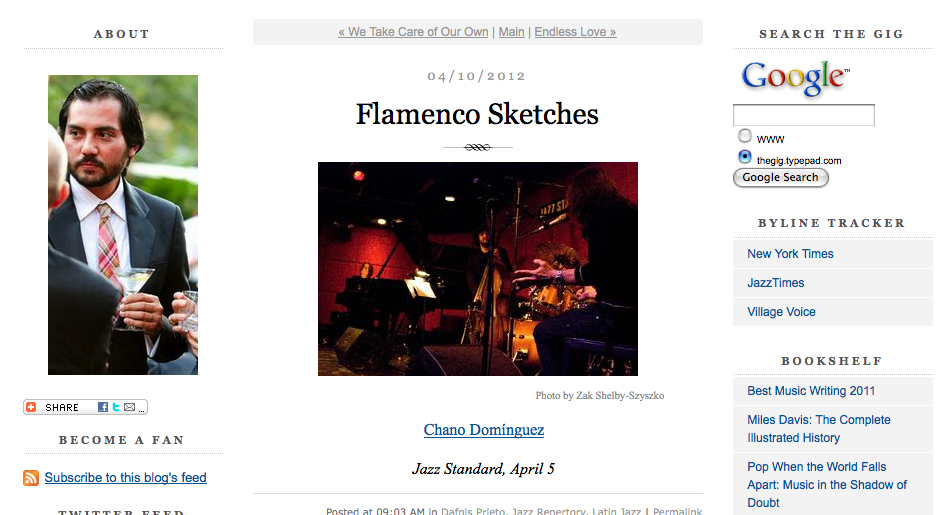 I know it’s hard to believe, but it was cold at least one day this past winter – really cold. That day just so happened to be the one day that we could coordinate to do the album cover shoot for the great jazz pianist, Amina Figarova . . . on a roof deck in Brooklyn Heights nonetheless!

Although we were freezing, we had a blast out there and I’m sure we captured something special because of that very particular place and time. 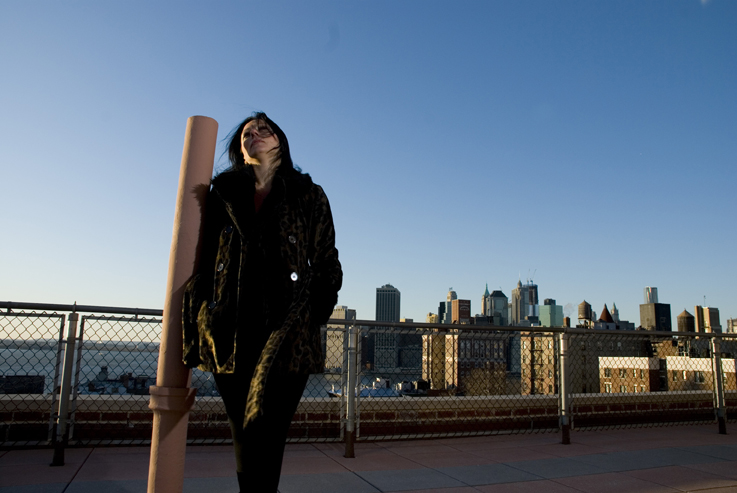 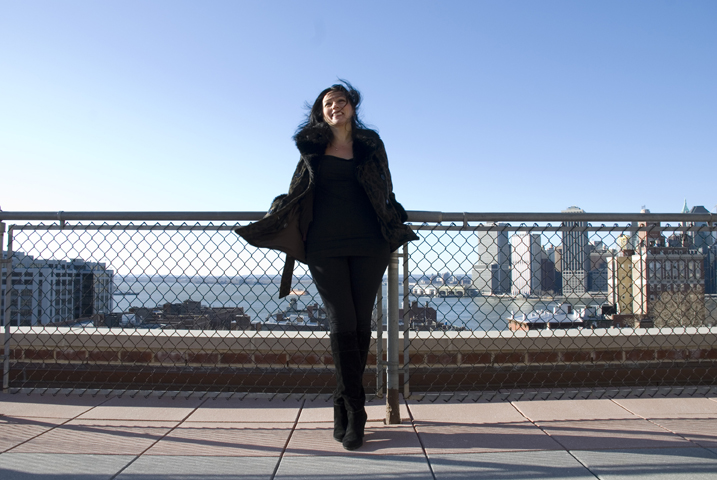 Sometimes you come up with some of your most creative work under the most spontaneous and sleep-deprived conditions – this shoot being one of those instances for sure. The morning of the shoot, Rudresh came up with the idea of going out to the waterfront in Greenpoint/Williamsburg (where I had last been to see Stone Temple Pilots last summer :-)). 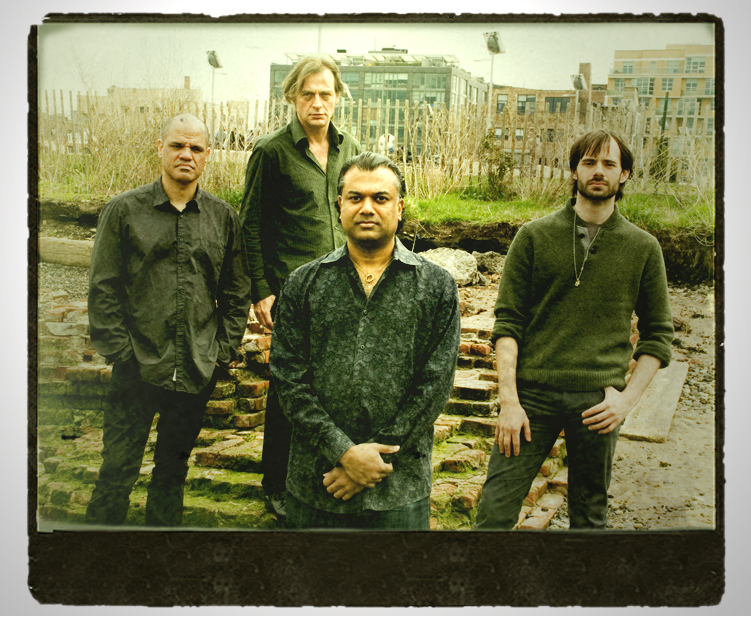 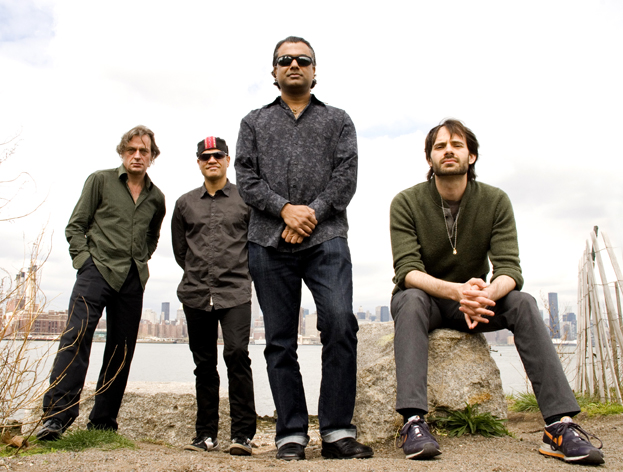 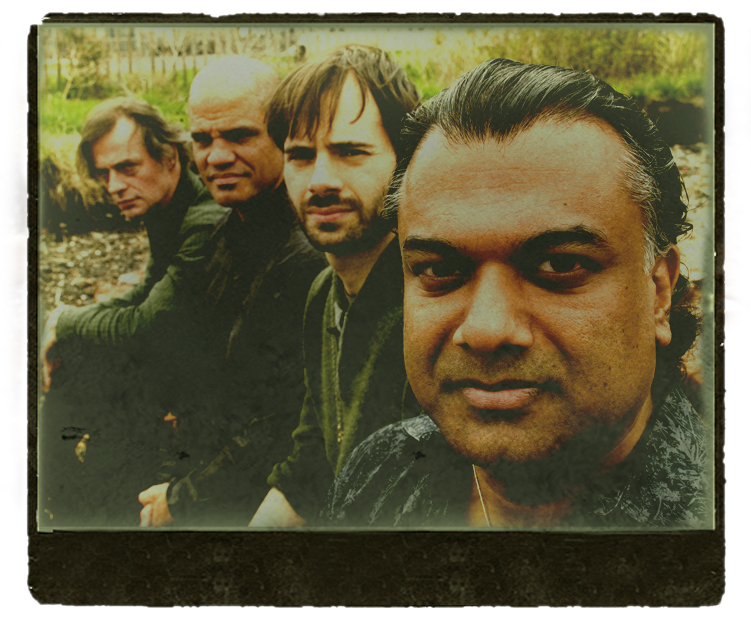 I’m very excited to offer a sneak preview of my shot of Tre Williams (front man vocalist with The Revelations) gracing the cover of Echoes Magazine, the UK’s Essential Black Music Monthly – along with a few other shots from the shoot. I know it may sound cliché, but I told Tre “that’s the cover” as soon as I got this shot, right on the spot . . . for me it has just that right little mix of vulnerability, determination and introspection that every soul singer should have. 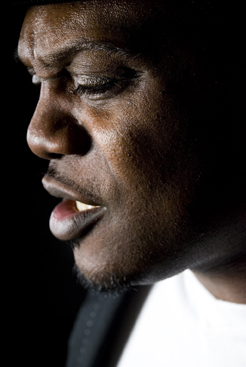 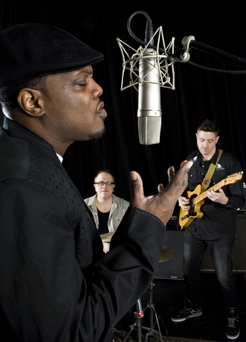 This was one of the “not to miss” shows of the year, and the lineup says it all:  Azar Lawrence, Nicholas Payton, Benito Gonzalez, Essiet Okon Essiet and Jeff “Tain” Watts. This group had so much firepower the hard drives nearly ran out of space trying to capture it all! All I can say is, keep an eye out for “The Seeker – Live at Jazz Standard.” (Also, I love photographing saxophone players blowing into those big ol’ condenser mics – such a classic image/vibe). 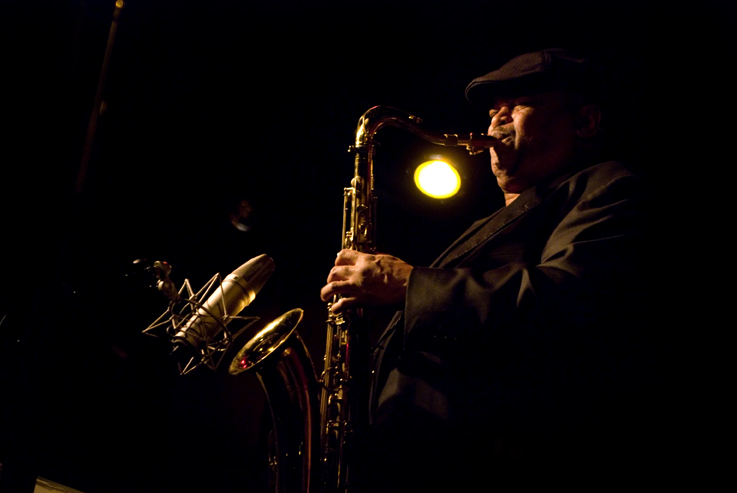 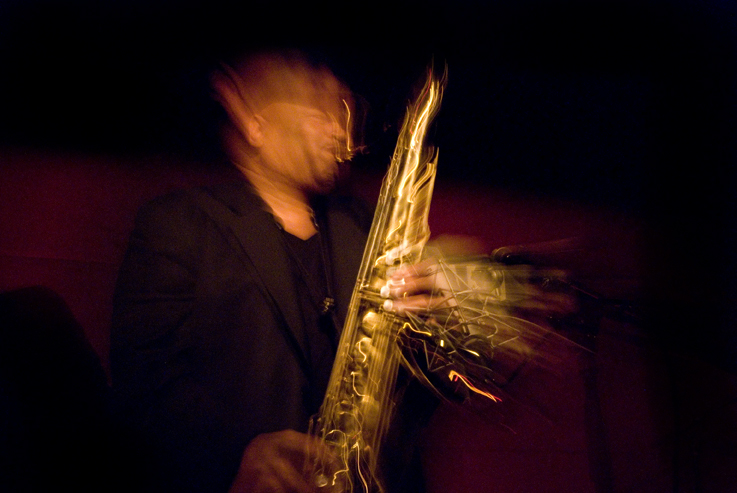 The Key Motion Quintet show at Jazz Standard on 12/8/11 was probably the closest I’ve been to feeling like I’m at The Fillmore in the 70s (which is a great feeling!). With Dave Douglas and Donny McCaslin up front, blowing freely and funkily, Adam Benjamin shuttling things to other worlds, Tim Lefebvre’s crunchy pulsations and Mark Guiliana’s human drum machine (in a good way) efforts – this was one of the solidly interesting gigs in mind and spirit I’ve been to in a while. Stage lighting was aptly dark and moody, so the shots are moody and gritty too. 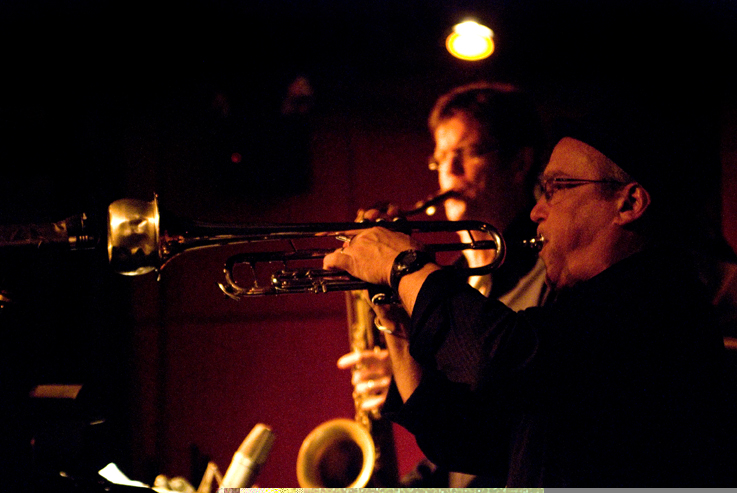 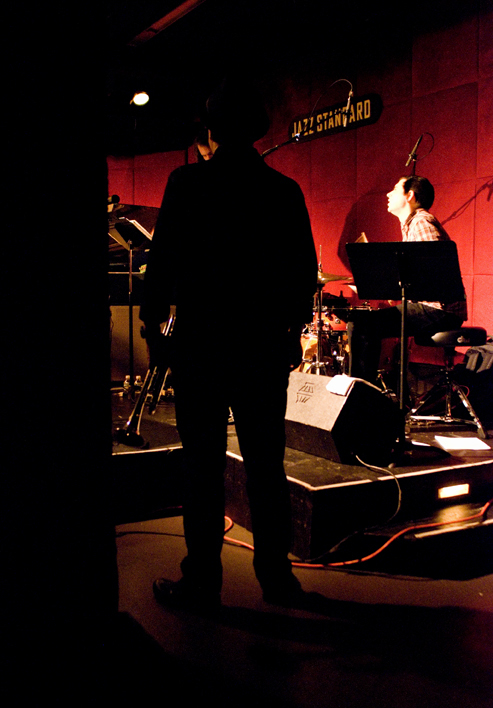 The Ascension show at Jazz Standard on Nov 16, 2011 was such a rare occasion on many levels. A lot of times, these tribute concepts are tired, and uninspired; the “bigger” the album, the bigger the bust; the more “names” the less chemistry . . . right off the bat, the Ascension show announced itself as the real deal. It’s impossible to do a note-for-note recreation of such an album, so the musicians (Joe Lovano, Vincent Herring, Sabir Mateen, Donny McCaslin, Jeremy Pelt, Josh Roseman, James Weidman, Ben Allison, Matt Wilson & Billy Drummond) just let the spirit fill them up and they let it on out! As I was sitting next to the stage snapping away behind Billy Drummond, I could feel the vibrations enveloping me and lifting me up. Oh, and thanks to Milan Simich for putting the band/concept together! 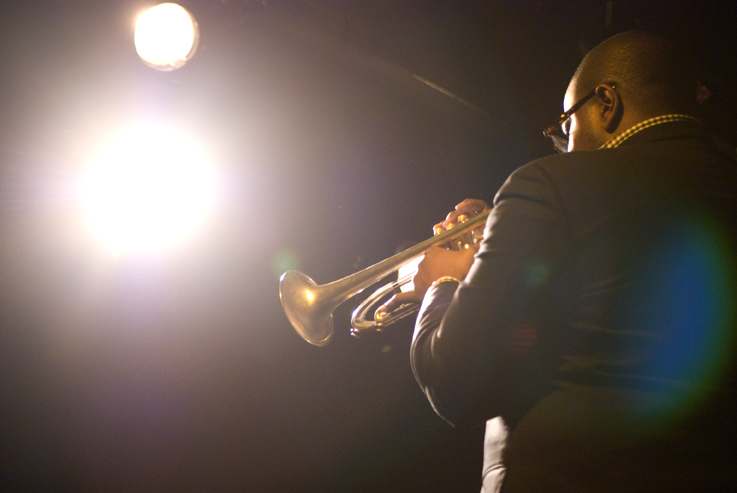 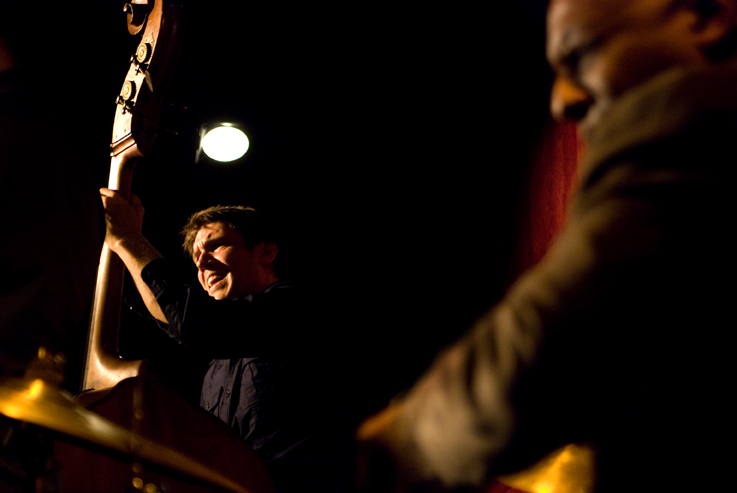 The bulk of my photos from this year’s FONT (Festival of New Trumpet Music) at Jazz Standard can be found on Dave Douglas’s website (see link below): 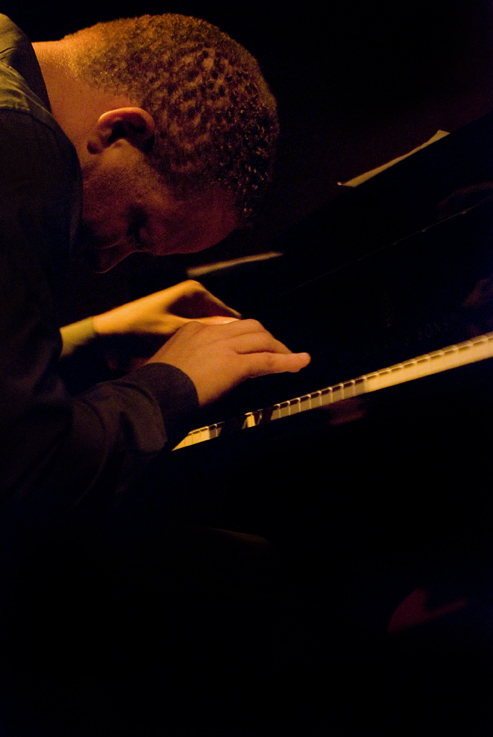 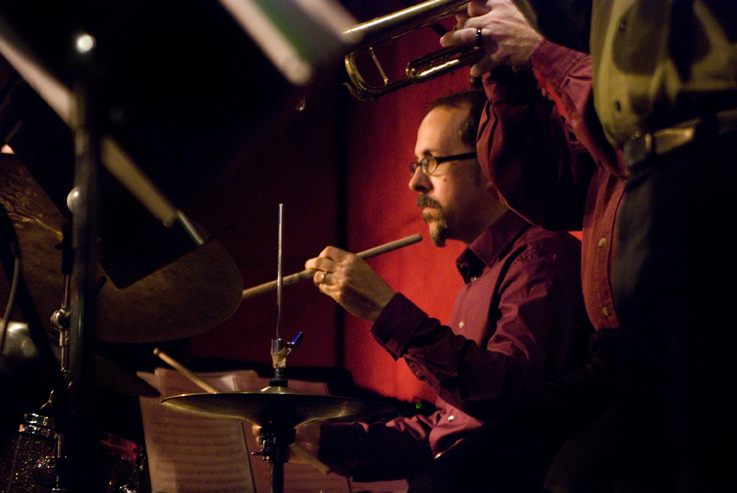